TAG is a national not-for-profit cooperative that supports the activities of student guilds, unions and other bodies who provide non-academic services to enhance the experience of tertiary students. GUGC Student Guild representatives attended the conference for professional development and to learn more about the latest initiatives and opportunities within the sector.

The TAG Conference culminated in the Gala Awards Dinner – an event designed to recognise excellent leadership, outstanding initiatives and superior service provision. The GUGC Student Guild was particularly excited to witness General Manager, Wayne Watt, receive the Tom O’Sullivan Memorial Award in recognition of his 19 years of dedicated service to students on the Gold Coast campus.

Wayne began his career in the tertiary sector at the University of Southern Queensland in 1988 where he started as a Sport and Recreation Officer. During his 11 year employment with USQ Wayne demonstrated a strong commitment for driving and developing campus culture, activities and infrastructure as he worked his way up to the position of Deputy General Manager.

In 1999, Wayne commenced employment with the GUGC Student Guild as the General Manager (originally in an acting capacity).  Prior to Wayne’s appointment the Guild had seen high staff turnover in the position and had experienced a significant period of disruption. Wayne put his skills and experience to work to establish sustainable operational practices, including the establishment of formal training for student board members to ensure that the board was competent and qualified to lead the Guild’s activities.

One of the most significant achievements of Wayne’s tenure to date was the successful navigation of the Guild during the period of voluntary student unionism (VSU). In 2005 VSU legislation was passed resulting in organisations such as the Guild moving from fully funded operations to a membership model. For the GUGC Student Guild this saw a cut in funding from $2.2 million to just $250,000 for sport, recreation and cultural activities only. The Guild lost funding for staff in areas such as finance, publications, programs and student support.

Wayne guided the Guild through this period (2006-2011) of minimal funding and worked closely with the University to maintain a positive relationship and to ensure that the Guild remained a viable and sustainable organisation, providing valuable services to the Gold Coast student community. With the advent of the Student Services and Amenities Fee (SSAF) legislation in 2011, Wayne leveraged the healthy relationship between the Guild and the University, and his track record of quality service and fiscal responsibility to submit a comprehensive proposal that saw the Guild awarded 100% of the SSAF funding for the Gold Coast campus.

Since then Wayne has engaged highly qualified staff including a student support and advocacy manager, marketing manager, finance manager, function manager, events manager, and sport and recreation manager, to ensure that the Guild offers a range of diverse, relevant and quality services for the benefit of the Gold Coast campus community. Another key achievement includes the revitalised food, beverage and function space to meet the needs of staff and students.

Much of the Guild’s success is due to Wayne’s ability to develop a strong campus culture built on carefully nurtured positive relationships with University personnel, commercial and community stakeholders, and Gold Coast students and their representatives.

In addition to the Tom O’Sullivan Memorial Award, the Guild also took home another win from the TAG Gala Awards dinner – Joshua Murchie won National Student Volunteer of the Year. This award acknowledged Joshua’s active involvement in volunteering both in and outside of Australia, as well as his engagement with extra-curricular university activities.

A former Student Guild Board Member, Joshua is extremely active within the Gold Coast community, and devotes his time to improving life on campus as well as social enterprise and community based projects. Highlights of Joshua’s extra-curricular CV include his role as the co-founder and president of the Griffith University Entrepreneurs Club and 2017 Funding Director for the Gold Coast Association of Postgraduates (GCAP).

Off of campus, Joshua was selected from more than 100 applicants to act as  a 2017 Gold Coast Mayor’s Student Ambassador, and has acted on the IT Forum Gold Coast’s Advisory Committee. One of Joshua’s most innovative achievements is his role as a founder of ‘little Phil’ – a platform that uses blockchain technology to help minimise loss in the fundraising industry and to allow donors to track where their money goes. In addition to all of this Joshua found time to participate in the Student Guild’s Peru Volunteer Trip in 2017. 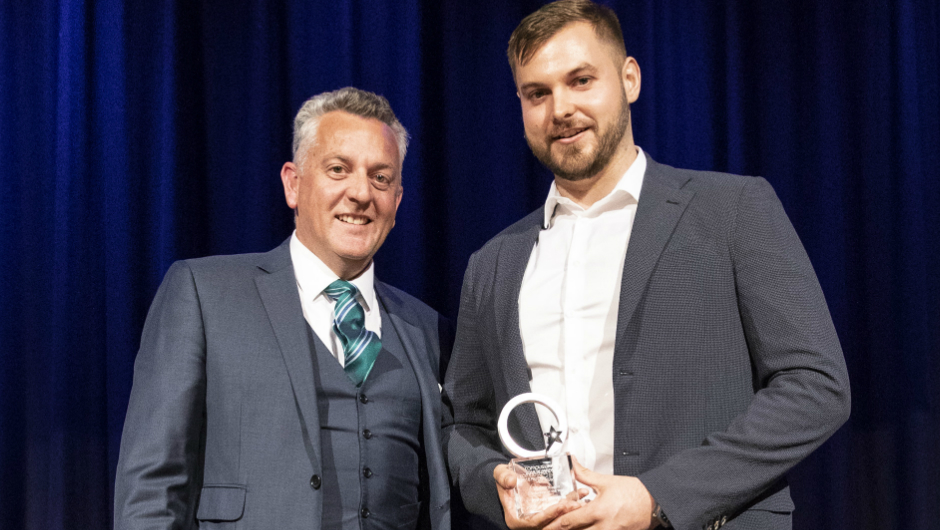 The Student Guild is proud of this well-deserved recognition of Wayne and Joshua. Staff and board members are looking forward to putting the experiences and knowledge from the 2018 TAG Campus Link Conference to good use in 2018 and beyond.


Thankyou for your submission! We will get in touch with you shortly.